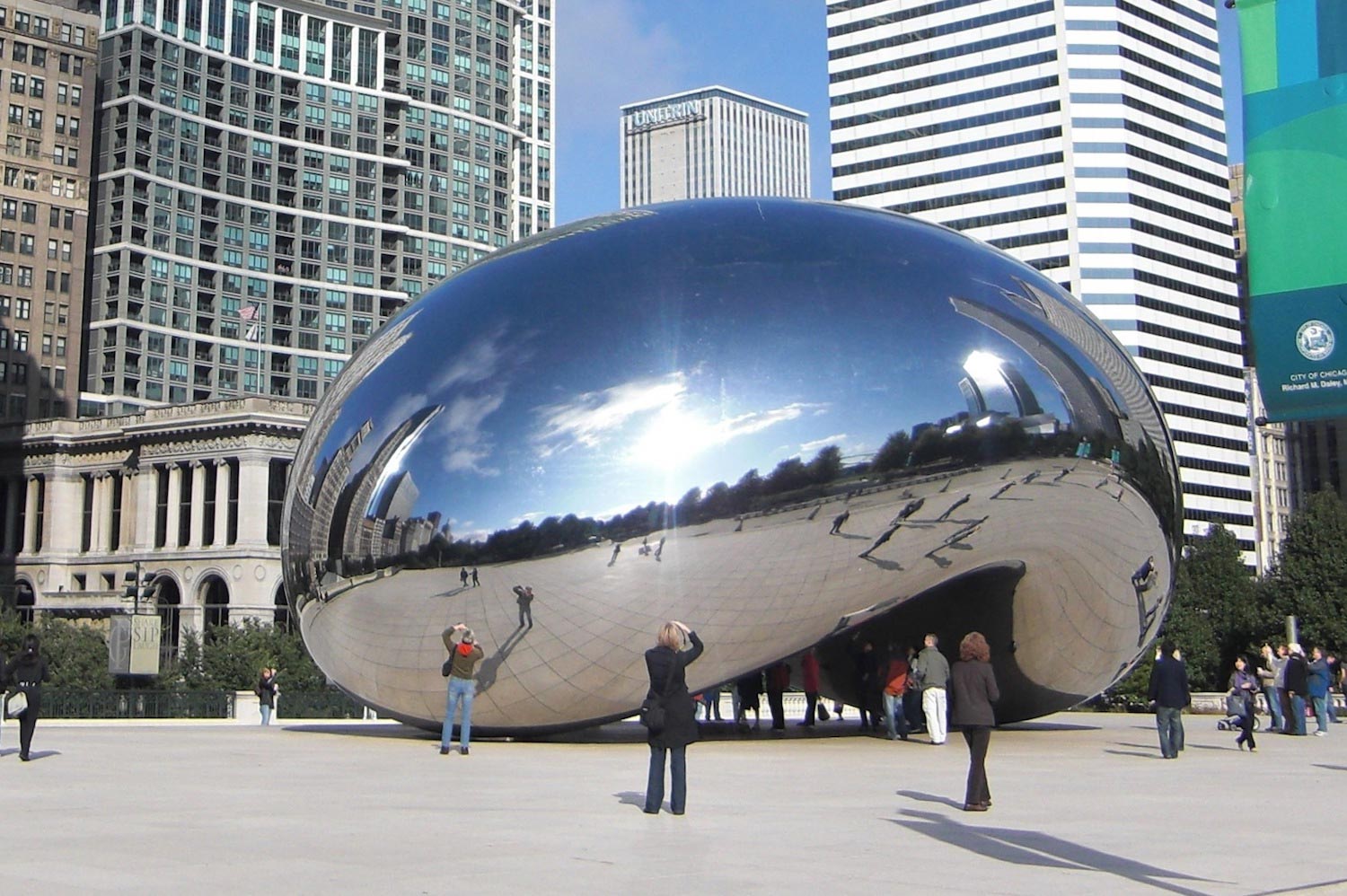 An 8 Minute Talk And An Even Quicker Read

Gentlemen, today I’m going to take you to propaganda school, all in 8 minutes. I’m going to share the evolution of propaganda, tell you why this subject matters, and of course I’m going to suggest a course of action for you.

First , A Bit Of History.

The word propaganda comes from the Latin verb propagare – meaning to multiply or breed. Think plants. The use of the word to spread ideas came a little later. In 1622, Pope Gregory XV founded the College of propaganda. It’s purpose was to train missionaries who would spread Catholicism in non-Catholic countries.

The word Propaganda isn’t inherently good or bad. It is simply the spread of Information. But propaganda evolved. Here is how that happened. Fast forward to 1916.

A man named George Creel, became involved in President Woodrow Wilson’s re-election campaign. Creel discovered that many military leaders wanted strong censorship on the war. But, Creel had a different idea. He sent President Wilson a brief in which he argued for “expression, not suppression” of the press.

On April 2, 1917 Wilson asked Congress for a Declaration of War against Germany – saying “The world must be made safe for democracy.” Seven days after Congress granted Wilson’s request, President Wilson established through Executive Order, the Committee on Public Information or CPI for short. He appointed George Creel as its Chairman.

The CPI was a propaganda agency: (its purpose wasn’t to train Catholic missionaries – that is for sure) Its purpose was to influence American public opinion toward supporting the war effort. The CPI spun facts to present an upbeat picture of the American war effort. They created consistent messages that appeared in newsprint, posters, radio, telegraph, cable and even movies. No doubt you’ve see many of these. (Television had not yet been invented or you’d have seen messages extended to that medium, too.)

The CPI also recruited about 75,000 volunteers (4-minute men) who spoke about the war at social events. The agency was successful. It heavily influenced American public opinion toward supporting the war effort.

One of the people who worked on George Creel’s staff was Edward Bernays, he was the American nephew of Sigmund Freud. After the war ended Bernays took what he learned at the agency and wrote a book, called, Propaganda 1928. Find it here along with a great intro by Noam Chomsky.

In that book Bernays revealed it is possible to regiment the public mind every bit as much as an army regiments their bodies. Bernays recognized that in an age of democracy, those in power, control the crowds. Bernays was the first one to apply Freud’s ideas to business and politics. Bernays showed American corporations how they could make people want things they didn’t need by appealing to their unconscious desires.

Bernays showed American corporations how they could make people want things they didn’t need by appealing to their unconscious desires.

Bernays worked with the American Tobacco Company and created the Torches of Freedom campaign that is credited with encouraging women to smoke, socially. His ideas sparked the notion that we are all consumers. He became popular with the US Government and agencies like the CIA who used his principles to force regime change and popularize American (corporate special interests).

A Banana Digression: Did You Hear the One about Bananas and the CIA?

Unfortunately this isn’t a joke and you wouldn’t like the punchline if it was. If you eat bananas, the 4th most consumed food behind rice, wheat, and milk, you can thank Bernays and the CIA along with United Fruit. But, the democratically elected Guatemalan President Jacobo Árbenz who wanted to enact labor standards, a minimum wage, increase educational funding and opportunities for more people to vote in elections, would not thank you. His social reforms that would benefit workers and communities alike were abhorrent to the hugely profitable United Fruit Company. A CIA coup in 1954 deposed the leader and installed the first of what would become a series of U.S. military dictators. Read about the 1954 coup on Wikipedia or the book, Bananas: How The United Fruit Company Shaped the World. That could be a related story, “How the U.S. taxpayer is a stooge for funding regime change that pads the pockets of multinationals corporations. #panamapapers #taxavoidance #moneyinpolitics”

OK, back to the talk I gave…

Today, Bernays is considered to be the father of public relations. With Bernays, propaganda shifted to be less about communicating facts and more about the movement of ideas across our emotions. Remember I said Propaganda isn’t necessarily good or bad. Propaganda can be used for good causes like promoting methods of water conservation during times of drought. There is no harm in that. Or, the Smokey the Bear campaign that reminds us that “Only You can Prevent Forest Fires.”

But propaganda can be harmful, too. Unfortunately as it turns out, Joseph Goebbels (pronounced yosif gerrbells), who would become the minister of propaganda for Nazi Germany studied and applied Bernays ideas.

So What Has Changed? Why Does This Matter?

Yesterday, Jan 27, marks the 71st anniversary of the liberation of Auschwitz-Birkenau. And today it is easier and cheaper to incite hatred and stir people up than ever before in history. Anybody can create a twitter account. ISIS is using 50,000 of them. We now have more media channels to reach more people in more parts of the world. Since 2014, the Islamic State (ISIS) has disseminated more than 700 propaganda videos.

It isn’t just ISIS, some presidential candidates are using hate speech. In Europe – the land of the Holocaust, extreme nationalists exploit the current refugee crisis. But it’s even more than that. Propaganda pervades every facet of our lives. As Bernays said, it is the invisible branch that controls the masses.

So What Do I Want You To Do?

I want you to be an active participant in shaping the truth. In my recent book I share the ideas of building truth sculptures, creating empathy, restoring community and participating in a propaganda for good network. If you are a concerned Global Citizen you should read it. It is both light-hearted and deadly serious. The subtitle is, “A Hopeful Journey Through Tomorrow.” I am hopeful for the future, but not without the participation of thinking concerned citizens, like you.

But, aside from my book, we all need to take a stand and sift through the propaganda to find the facts. On any given topic amid all of the messages that bombard us, is the truth waiting to be revealed. Are GMOs harmful? Are those cities, farmers, countries, and people against Monsanto really anti science and just don’t understand? Or are corporate profits controlling the narrative through propaganda? This is one example. You can probably think of many others. Minds everywhere have been hijacked on myriad topics and issues. This is especially true in the U.S. in the height of a polarized presidential election year. Chances are, most people can’t really claim ownership over their own thoughts about the candidate they support. Imagine we each had a “Mind Hijacked” alert system.

What Else Can You Do?

Write letters, articles, emails, post comments, and have conversation in places like this and at your dinner table. You can spark others to action and respect truth.

What comes to mind for me is Pastor Martin Niemoller’s Poem, First they came? It is a powerful statement about the failure of the German people to speak out against the Nazis. Do you remember the poem?

Gentlemen, somebody needs to be an active caretaker of the truth. If not you, who?

Gregory Olson’s latest book is L’ impossi preneurs: A Hopeful Journey Through Tomorrow, a light-hearted and deadly serious book about a brighter future where we live more meaningful lives, governments invest in people and sustainable progress, and technology serves humans.  Ideas in CH8: Social related to this post include:

Greg also authored The Experience Design Blueprint, a book about designing better experiences and then making them come true.

Gregory Olson founded strategy and design firm Delightability, LLC. with the belief that if you delight customers then success will follow. He believes that we all have the potential to do better, as individuals, organizations, and communities, but sometimes we need a little help.  Gregory also serves as a volunteer board member for Oikocredit Northwest, a support association for social and impact investor, Oikocredit International.